The Aghada U-14’s created history on Wednesday night last in Killeagh when they completed a three in a row of East Cork “A” Title’s at U-14 level when they defeated the home side on a score line of Aghada 2-7 Inch Rovers 2-5.
This was a thrilling game of ladies football with the game going down to the wire. It was a tough game and credit to both teams who contributed to the wonderful game. Aghada were first out of the blocks with a well taken goal from the boot of Mary Leahy. Inch Rovers quickly responded with a goal of their own followed by three points in a row as they enjoyed a purple patch in the game. Mary steadied the ship again for the seaside girls with two points and one from the boot of Rachel Leahy to level the match up again after twenty two minutes. Inch got the final score of the first half to lead by the minimum at the break Aghada 1-3 Inch 1-4.
Mary levelled matters once more before Inch again took the lead. It was tit for tat as no team wanted to lose this game. Mary levelled up again before the seaside girls were struck with a sucker punch when Inch rattled the back of the Aghada net to put them three clear with a quarter to play. Mary scored another point to leave two between the sides. The next score was going to be crucial and this fell to the boot of Hazel Walley when she kicked the ball beyond the Inch keeper to put Aghada a point up with eight minutes to play. Scores were hard to come by for the next eight minutes but Mary popped up again to put the seaside girls two clear with time almost up a dangerous lead on any ones terms. Inch went in search of that winning goal but in fairness to the Aghada backs they stood tall and didn’t cave under the pressure and it was the seaside girls who ran out winners on a score line of Aghada 2-7 Inch Rovers 2-5.
The cup was presented to joint captains Eimear Cronin and Katie Terry by Tom Goggin Chairman of the East Cork Board. The girls thanked Inch for the great game, the referee for his handling of the game and the management of Cathal Cronin, John Bennett, Dave Leahy and Anne Marie Mc Allister. From here it was back to Whitegate on convoy. We would like to thank Chris Roche and Inch Rovers for the tea, cakes and sandwiches after the game, it was very much appreciated.
Panel: O. Dyjak, R. Sheehan, E. Cronin, C. Mc Innis, R. Barry, A. Mc Grath, A. Burke, R. Leahy, M. Leahy, M. Moran, K. Terry, C. Smith, S. Mc Allister, H. Walley, A. Gilroy, N. Bennett, C. O’Carroll, K. Owers, K. Dowling, M. Ryan, E. Lewis and S. Geary.

The minors have continued the good run for the ladies football club by reaching the Minor “B” County Final after a thrilling win over Araglen Desmonds Buí after extra time on Sunday last in Castletownroche. This was a tough, leg sapping game which went down to the wire but it was the seaside girls that prevailed. Araglen Desmonds Buí were first on the scoreboard after a minute with a well taken point. Nessa Fitzpatirck hit the back of the Araglen Desmonds net after seven minutes to settle the seaside girls into the game. Lauren Linehan kicked a point of her own before Araglen Desmonds levelled the match after the first quarter where the scoreboard read Aghada 1-1 Araglen Desmonds Buí 1-1. Lauren Mc Allister kicked a point to put the seaside girls one up again before Araglen Desmonds Buí struck for their second goal quickly followed by a point. Araglen Desmonds Buíwere starting to control the game but some tremendous defending from Bridget Wall, Clare Walsh, Sorcha Phelan, Kate Wall, Megan Sweeney, Ciara Counihan and Eva Rose Boylan kept the Araglen Desmonds forwards at bay. Christine Moran was to get the last two scores of the first half when she struck for the seaside girls second goal and also kicked a point of her own to leave the score at the short whistle Aghada 2-3 Araglen Desmonds Buí 2-2.
Sarah Leahy was to get Aghada’s first score of the second half. This was quickly cancelled out by two points from Araglen Desmonds Buí one of which could have been a goal only for a good save by Sarah Walsh. Again Araglen Desmonds were putting the pressure on the seaside girl’s defence and there pressure paid off when they rattled the back of the net. Aine Mc Grath was introduced for Kate Wall before Lauren Mac, Lauren Linehan and Sarah Leahy kicked three wonderful points to bring it back to a one point game before Lauren Mac got a goal and a point to put Aghada three clear with seven minutes to play. Araglen Desmonds Buí kicked the next three points of the game to level it up with sixty minutes on the clock. Surely that would be it and we would have extra time but there was still nine minutes to play for some reason or other.
Lauren Mac put Aghada ahead on the 64th minute only for Araglen Desmonds to level matters on the 67th minute. There was still a further two minutes before we would here the full time whistle but no team could add to their tally and so it was onto extra time after finishing Aghada 3-9 Araglen Desmonds Buí 3-9. It was energy sapping stuff and only the fittest would survive in extra time. Araglen Desmonds Buí opened the scoring in extra time but this was quickly cancelled out by a well taken goal from the boot of Aileen Mc Grath. That was it for the first period of extra time, with the seaside girls leading by two points at the break. On the resumption of the second period of extra time the seaside girls dug deep and they all put their shoulder to the wheel and finished the game with wonderful display of football with points from Christine and Lauren McAllister and goals from the boot of Lauren Linehan and Ciara Mc Grath to put the seaside girls into another County Final on a score line of Aghada 6-11 Araglen Desmonds Buí 4-10.
This was a wonderful performance by the Aghada girls who were up a against a very strong and physical Araglen Desmonds team but show true grit and determination to grind out a wonderful victory.
It’s Carrigaline in the Final, venue, time and date TBC.
Panel: S. Walsh, C. Counihan, B. Wall, K. Wall, M. Sweeney, S. Phelan, C. Walsh, ER. Boylan, S. Leahy, C. Mc Grath, C. Moran, N. Fitzpatrick, L. Linehan, L. Mc Allister, Aileen Mc Grath, Aine Mc Grath, O. Dyjak, M. Culligan, E. Cronin and A. Rose.
Fixtures…
Please keep an eye on Face book and Twitter for some important upcoming fixtures. Still to be played are the following games…
Junior East Cork Junior Final v Watergrasshill Possible bank Holiday Monday
Minor County Minor B Final v Carrigaline 13th October .

Many thanks to all who contributed and helped with our collection in Market Green on Saturday last.
Tickets for our Christmas draw will be on sale from this weekend if everyone does a little it will help a lot. 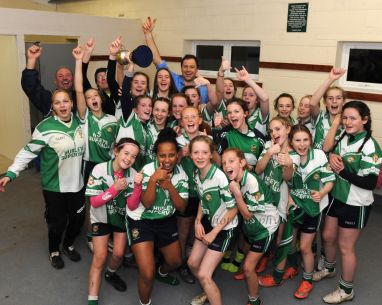 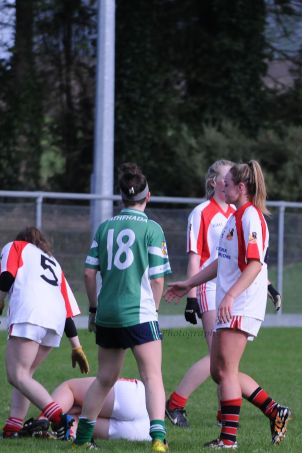 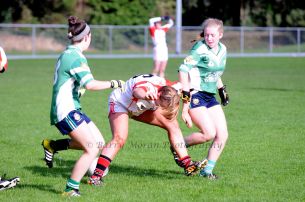 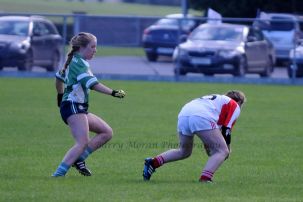 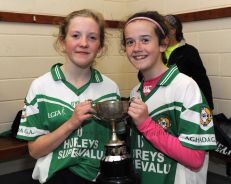