On Tuesday 27th of September our U12 girls took on Bride Rovers in the East Cork Championship Semi Final in Lisgoold. The first half was a close affair with both teams working hard and creating some great scores. Lisgoold would go in at half time a goal up 3-1 to 2-1. Bride Rovers stepped it up a gear in the second half and despite our best efforts we were unable to peg them back. Bride Rovers won out on a score line 5-3 to 4-4. There were many disappointed faces at the final whistle. The girls can hold their heads high and be incredibly proud of their achievements this year. They reached the East Cork League Final where they were beaten by Aghada who went on to win the County. They also qualified for the county quarter final where they were beaten by Donoughmore who contested the County Final also. The fighting spirit and never give up attitude of this team will no doubt see them achieve success in the future. Dave/Edel/Maria have been a vital part of the teams success this year. We appreciate their time, commitment and dedication to the team. Thank you!

We held our Junior 7s Competition on Sunday 2nd October in Lisgoold. This tournament marks the end of our Junior season. It is a day filled with fun, food and some football thrown in. The teams competing were Lisgoold/Leamlara, Mayfield, Midleton and Cobh. Due the the death of Referee Dominic Rooney (Carrigtwohill) they had to withdraw from this years competition. As a mark of respect a minutes silence was observed by all present prior to the first game. The Lisgoold/Leamlara team consisted of a mixture of Junior, Minor and u16 players. Some of whom had never played together before. This could hardly be believed when they took on Mayfield in the the opening game. Straight from the off there was some great passages of play and understanding among the players. We created some great scores and did enough to win the game. The second game saw the holders Midleton take on Cobh. A strong Midleton side would win out in this one but Cobh did put together some nice passes to score some lovely points. Midleton had little time to rest as they took on Lisgoold/Leamlara in the next game. Midleton were unstoppable in this game. Their pace and eye for goal was too much for Lisgoold/Leamlara on this occasion. Although we were beaten we managed to score 1-5. Mayfield and Cobh competed in the next game. This was one of the closest games of the day with both teams very evenly matched. Cobh would eventually win this tight game. Cobh would face Lisgoold/Leamlara next. Our girls were driven by the fact that victory would mean a place in the final. With a few players having withdrawn with injury it was up to the remainder of the team to get us over the line. With great team work we were able to win this game and set up a final meeting with Midleton. Midleton who had already qualified for the final would play Mayfield next. Midleton would win this one by 4 points completely a hat-trick of wins.The final saw the holders vs the hosts. Mayfield stayed on to watch the final and share words of encouragement for both teams. Midleton were strong favourites going into this game having beaten us earlier in the day but we still went out there to make a game of it. Our Goalkeeper and defenders brought off some incredible saves and blocks and although we did manage to keep the scoreboard down Midleton won 2-6 to 0-0. Congratulations to Midleton Junior 7s Winners 2016.The day was a great success and it was fantastic to see players from all teams having the banter with each other between games as they had refreshments. From our point of view we were absolutely delighted with our teams performance and it was great to see some of the younger members of the team give such a great account of themselves. Lisgoold/Leamlara (Roy Fahy: Coach) Panel: Anne-Marie Hegarty, Frances Connery, Leanne Woods (Capt), Siomha Walsh, Aoibhe Savage, Laura Whelan, Sarah Kelleher, Emma Murphy, Julieanne Stack, Sarah Murphy, Kerri Brosnan, Orla Fleming. We would like to thank Midleton, Cobh and Mayfield for attending this years competition and playing their part in a great day of football. Thank you to Roy/Stephen for training the team this year. We appreciate your time, effort and commitment. Thank you to PJ for refereeing all the games. Thank you to everyone who brought sandwiches, cakes, drinks etc and those who helped serve them. Thank you to those who setup pitches, the umpires and Edel for first aid. We look forward to seeing you all again next year. 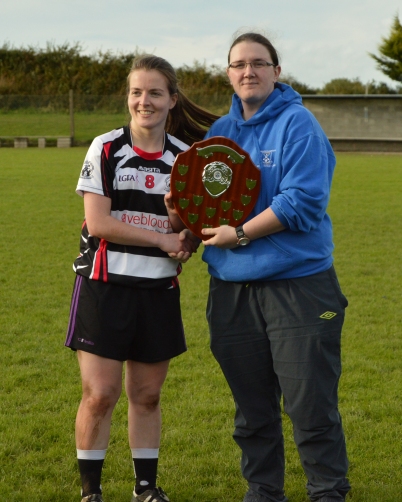 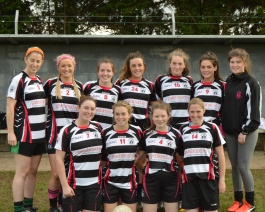 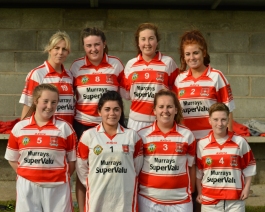 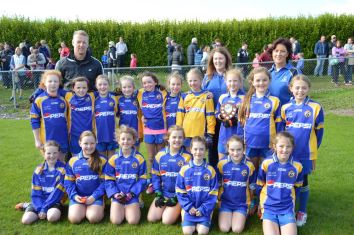