Great day in Cobh For the Junior 7s Tournament

On Sunday 20th of November Lisgoold/Leamlara Junior Ladies combined with Carrigtwohill attended the inaugural Coral Leisure Junior 7s Blitz hosted by Cobh Ladies Football Club. Teams competing were Lisgoold/Carrigtwohill, Delaneys, Mayfield , Cobh, Ballyphehane and Erin’s Own. We were placed in Group 1 with Delaneys, Cobh 1 and Mayfield. The winners of each group would contest the Cup Final and the Runners Up would contest the Shield Final. Our first game saw us take on Mayfield. The combined teams gelled well from the start and some great passages of play saw us create and convert some great scores. Mayfield also worked hard getting in some great blocks and competing for every ball but the quick passes and movement of the Lisgoold/Carrigtwohill team would be too much on this occasion.
Following the first game we had a break before the next game so we availed of the refreshments that Cobh Ladies Football had provided. In the second game we took on Delaneys. We began this game with the same team that started the first game. Everyone worked really hard moving the ball up and down the field with some great solo runs. The Delaneys Goalkeeper pulled off some great saves and denied us some further scores. Following victory over Delaneys we would need to beat Cobh, who also won their two matches to progress to the Cup Final. This was an extremely tight game with some great scores created by both sides. There was some great blocking and interceptions made resulting in missed opportunities. Cobh really pushed us to the wire in this one, but our girls dug deep and held on for the win in what was a very competitive contest. 3 wins from 3 in the Group Stage would see us go on to contest the Cup Final against Erin’s Own. Cobh 1 and Cobh 2 would contest the Shield Final.
We knew we would be up against it in the Final as Erin’s Own would have a strong panel. When we took to the field in the first half we got stuck in but it would be Erin’s Own who would register the first score. Erin’s Own would also be denied by the post on a few occasions. The team worked hard together and for each other leaving everything out there to come into the contest and gave a great account of themselves for the remainder of the first half. The second half saw Erin’s Own step it up a gear and despite our best efforts we would not be able to contain them and they went on to be deserved winners.
Congratulations to Erin’s Own on a great win and also to Cobh for winning the shield Final. Our panel on the day consisted of: (Lisgoold/Leamlara); Siomha, Emma, Kerri, Julianne, (Carrigtwohill); Aishling, Clodagh, Roisin, Susan, Niamh, Ciara. (Coaches/Mentors Eilis, Trish, Phil) Although this was a very young team they put on a great display of football and worked very well together. We really enjoyed the day and already look forward to next year.
We would like to thank all at Cobh Ladies Football who helped make this tournament a great success. Thank you also for all the refreshments.

All Photos thanks To Laura Manning 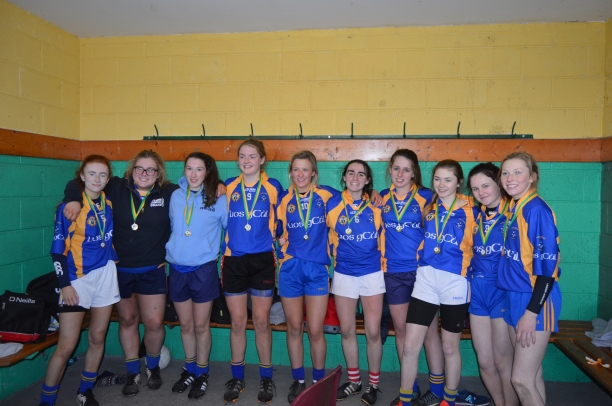 ⚠️September ECB Meeting ⚠️
Another big name out to wish everyone good luck in this weekends #johnwestféile!
The one and only Rena Buckley wishing all teams participating in this weekends @eastcorklgf @gaafeile #johnwestfeile the best of luck! 🙌🙌
‼️𝗙É𝗜𝗟𝗘 𝟮𝟬𝟮𝟭‼️
Loading Comments...