Fermoy were narrowly beaten in the County “A” Minor final by a strong St Val’s side in a game played in brilliant Sunshine at a Watergrasshill venue on Saturday afternoon
The East Cork representatives found themselves 2 goals behind early in the first half when St Val’s ace Ciara McCarthy netted twice and points from Sinead Plunkett and McCarthy .extended their lead. Fermoy just about kept in touch with points from Laura Sheehan and Emma Harrington but still trailed by seven at the interval 2-05 to 0-04.

St Val’s further extended their lead after the break with a well taken point but then the Fermoy girls kicked into gear scoring some lovely points of their own and when Emma Harrington netted twice once from the spot it was all to play for with ten minutes remaining. In fact Fermoy were frightfully unlucky as they hit the post with a rasper of a shot only for the rebound to be well cleared The game was back to just two points but that was as good as it got for the town girls as the strength of the Val’s girls saw them score another two points to run out winners on a score line 2 12 to 2 08 Congrats St Val’s on their deserved victory but very well done to Fermoy on a great spirited come back.

Sunday afternoon and it was the meeting of Aghada and Carrigaline in the Minor “B” County final in Shamrocks GAA
Aghada started the brighter and were four points to one up after ten minutes but appeared to take their eye off the ball and Carrigaline slowly got to grips with the game with some lovely scores of their own and led at the break 6 points to 4.
The Mid Cork representatives showed how good they are at the start of the second period as they hit the net twice to move eight points clear and the sea side girls looked to be in all kinds of trouble A sin binning for the Carrigaline girls gave the East Cork side a life line and a goal from Clair Walsh was just what was required to start the fight back. Some timely substitutions and astute moves were made by the Aghada management and these worked wonders as Aghada now started to play some wonderful football scoring some fine points and in the final five minutes Sorcha Phelan moved up and scored two goals in succession to leave Aghada ahead and try as they might Carrigaline just could not get through the Aghada defence and Aghada finished victorious 3-08 to 2-08.
The standard in this game was top class and well done to both sides for a super game of football.
Congratulations Aghada who captured their fifth county title in 2016 a truly outstanding achievement by any stretch of the imagination.

A total of forty one competitions in East Cork Ladies Football will have been held and brought to a conclusion so thanks to all the clubs and players for their help. A special word of thanks to the secretary and the fixtures secretary who did a tremendous job in 2016 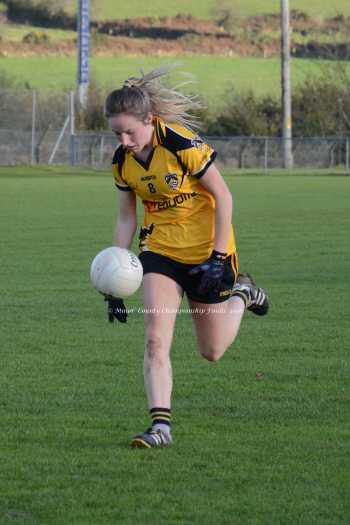 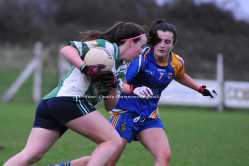 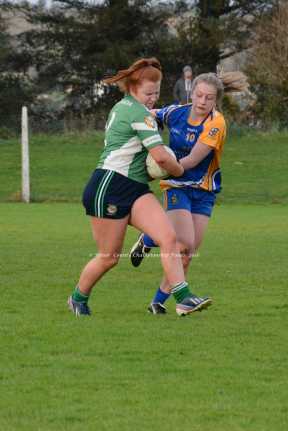 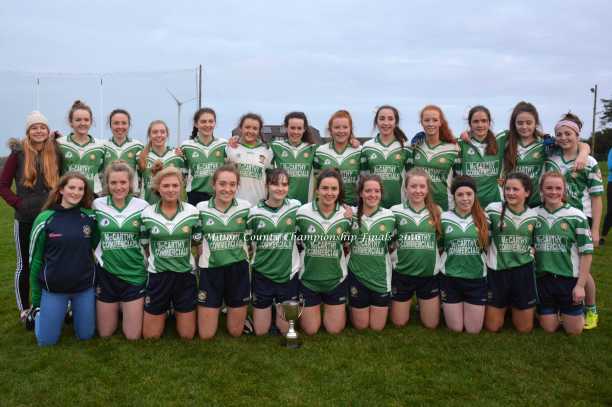