Very busy week coming up for all age groups, plenty of football for all our players, it won’t take more than a week or two in order to catch up on all the games missed out over the wet weather. Our younger kids aged 5 to 12 have finally got to go outside to train. Any girls aged 5 to 12 are welcome to come along to bucklearys cross pitch on a friday night from 6pm till 7pm to play.

U10 v Erins own
Our first match of the season took us to Bucklearys cross to play Erins Own u10s.Ladies football was the real winner with both sides playing with great heart and passion.Glanmire had a great win but Erins Own never gave up the fight.
The firm back line of Ashling Desmond,Emer o Callaghan and Ellie Mulkerrins never allowed Erins Own forwards any leeway into the match and with Lucy Lynch dominating in midfield the Glanmire forwards continued to carve out scoring opportunities.Scoring on the night were Ashling O Brien,Laura Scannell,Aoife Tracey,Nessa Tracey and Lucy Lynch and were well supported by Katie Walsh and Keelin Hegarty.
Already looking forward to the next Match.

U14 Feile
Our U14 team competed in the east cork feile Qualifier, held in the pike field on Sunday the 17th of April, they played well but were narrowly beaten by Rockban in their opening game. We recovered quickly and beat Fermoy to win the plate final. Well done to all involved,

u21 v Newmarket
Our U21s made the trip north to Newmarket last Sunday and came away with the spoils after an enthralling encounter that saw the lead swap hands on many occasions. After a slow start we found ourselves 2 points down after as many minutes but eventually got going to lead by 5, Newmarket hit back to level it by half time. A dream start by Newmarket in the second half saw them scoring 2 goals in 2 minutes but the East Cork girls tremendous spirit had them level with a few minutes to go. Newmarket looked like taking the day when they went 1 up with 2 minutes left but an equalising point by Niamh McAllen and the lead from Kate Hannon from the kick out meant that Glanmire now qualify to play Kilshannig in the county semi final this weekend. Well Done to all on a great team performance.

PICTURES ARE FROM FEILE GAME PLAYED IN THE PIKE SUNDAY THE 17TH. 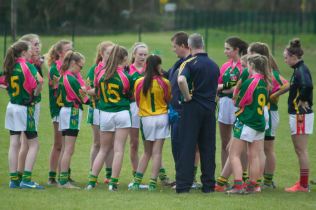 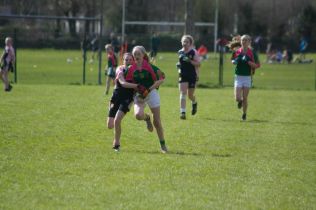 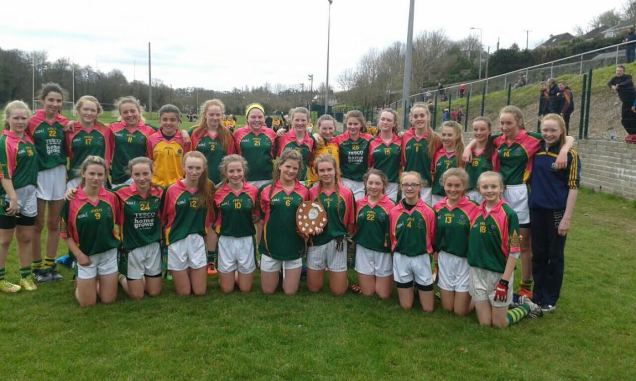 This entry was posted in Glanmire News. Bookmark the permalink.