Our senior ladies footballers opened their 2018 campaign with a home game against newly promoted Kinsale at home last Monday afternoon. Conditions were perfect for a football game. We started sluggishly against a lively opposition and we were slow to settle into the game. This was the new management`s first opportunity to see this team in competitive action and both the players and the management will have learned from the outing.

We had quite a number of players playing in unfamiliar positions and we took a while to adjust to this. Kinsale were much livelier in the opening exchanges and we struggled with the pace of the game. A combination of poor shooting from Kinsale and hard work from our defence meant we reached half time only 2 points in arrears having been well outplayed in the first half. Goals by Niamh Barry and Grace Culloty  kept us in touch at the short whistle.

The management made a number of personnel and positional changes for the second half and this brought immediate results. We took the game to Kinsale from the throw in and reduced the number of unforced handling errors that were very evident in the first half. We drew level  early in the second half and it was nip and tuck throughout. At one point we lead by 3 points with 10 minutes to go but Kinsale finished strongly to eventually run out winners by the narrowest of margins. Final score was 2-10 to 3-06.  We had a number of solid displays in the second half but we can be extremely grateful to Caitriona Vaughan for an outstanding display of shot stopping throughout the game. Time after time she thwarted the Kinsale forwards with a string of incredible saves and without her heroic display the final margin could have been 10 or more points in favour of Kinsale. Overall, it was a much improved second half performance from our  girls.

Our first football game of the season was played last Monday on a fine cold afternoon in the Glen. From the off, our girls seemed to have the upper hand and converted some lovely scores .  We went into halftime well on top with a score of 4-6 to 0-4 but with a combination of player changes and maybe a few tiring legs we started to lag a little in the second half , allowing St Nicks to gain a bit of momentum . Fortunately our first half lead stood to us & we finished

Our U14 B team played their second league match away to St Nicks. St Nicks had a strong first half even though Bride Rovers put on a better second half St Nicks came out winners with a score of 2-7 to Bride Rovers 0-7.

On Monday 19th March, the Cork U14 football team travelled to Fossa, Killarney to play Kerry in the first round of the Munster Championship. Kerry took the lead in the opening minute with a point from a free but Cork replied almost immediately with a goal by Katie McCarthy. Two minutes later, Cork scored a point (Sophie Thompson) and Kerry had the next three unanswered points before Lucy Callanan found the net. Kerry scored two points before the break and the score at half time was Cork 2-1 Kerry 0-6.

Playing with the wind in the second half, Cork got off to a great start with two goals in two minutes (Lucy Callanan) and a point from Sophie Thompson. After this the teams traded scores with Kerry scoring 1-2 and Cork scoring 1-1 (Orlaith Deasy). At the final whistle, Cork were the deserved winners by a 7 point margin in what was a good competitive game with a very high standard of play and skills.

Congratulations to Bride Rovers’ players, Abbie Hoare and Lily Murray who both came on as subs in the last quarter. Cork will meet the losers of Tipperary and Waterford in the next round on the 31st March, details to be confirmed. 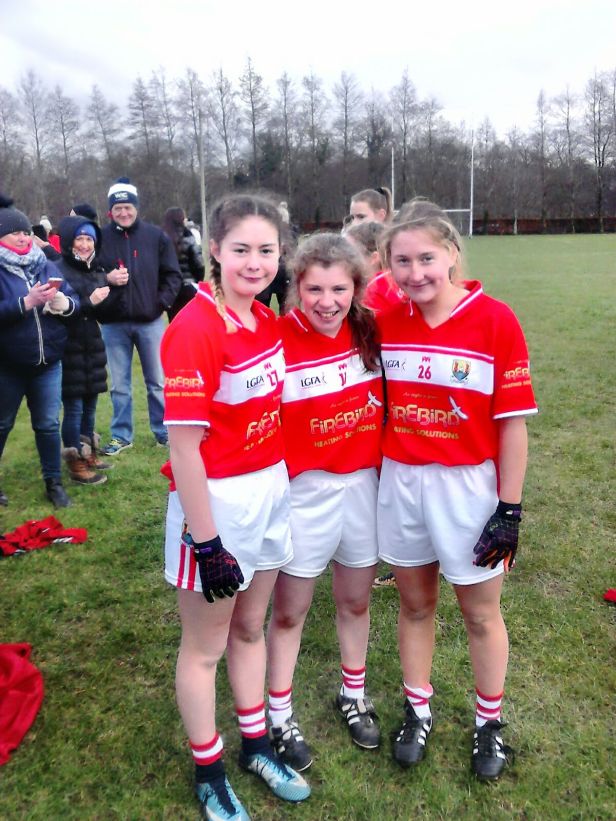