All-Ireland Final Sunday for Jen
On Sunday the Cork Senior & Intermediate Camogie teams will contest the All-Ireland Finals for the second year running. In the Senior Final Cork play Kilkenny while in the Intermediate Final Cork take on Meath. Jennifer Barry will line out at midfield for the Cork Intermediate team and is also a vital member of the Senior Panel.
Cork overcame Derry in the semifinal (2-10 to 0-06) to qualify for Sundays final & we wish Jennifer all the best. We also extend our best wishes to selector Mossie O’Sullivan.
Jennifer has had a great year with Cork Camogie, she was very prominient for the Senior throughout the league with some sterling performances. After last years loss to Kilenny in both the Senior & Intermediate we hope Jen will get to claim an All-Ireland medal or two on Sunday. It will be a proud day for her family and for the club and we extend best wishes to Jen.
The matches are live on RTE & County sound Radio.

All Ireland U14 Camogie Blitz
As well as being represented by Jen Barry in Croke Park on Sunday, Shauna Hayes will line out with the Cork U14 team in an All-Ireland Camogie Blitz which takes place on Saturday in Dublin. Shauna has had a great year with Cork U14’s and captained the team recently against Kilkenny. On Saturday Cork will take on teams from all over the country at the Thomas Davis GAA Grounds in Tallaght. On Sunday, the Cork U14 team will take to the field in Croke Park at half time of the Intermediate final, this is a great occasion for Shauna and her family and we wish them every success.

Seniors defeated by Fermoy
Our Senior team were defeated 4-13 to 1-06 by Fermoy in the semi-final of the Senior B Football championship in Ballyhooly last Sunday evening. From the outset Fermoy were in control and after 15 minutes were in front 2-03 to 4 points, the Rovers points scored by Katie Quirke (2), Grace Kearney & Grace Culloty. Fermoy finished the half stronger scoring 1-04 to lead at half time 3-07 to 0-04. The Rovers performance improved in the second half an further scores from Colette Hogan, Grace Culloty and a goal by Katie Connor reduced the deficit. However Fermoy finished stronger and added a further 1-06 to win 4-13 to 1-06. This was a bitterly disappointing result and performance, having defeated Fermoy twice this year in the league & championship hopes were high for a win, but on the night we were no match for the powerful display from Fermoy & we wish them well in the Senior B Final.
Team: C.Vaughan, M.Hartnett, E.Collins, N.Barry, A.O’Riordan, T.O’Sullivan, L.Quirke, E.Ahern, G.Kearney, C.Hogan, G.Culloty, J.Cahill, E.Culloty, K.Quirke, K.Connor.

Junior C County Semi-Final
Our Junior Ladies Football team have qualified for the County Semi-final against Tadhg MacCarthaigh’s. At present the game is provisionally fixed for Saturday 16th September.

On Saturday September 2nd in Rathcormac we played the County Football quarter final . There was big a big improvement in player performance from the previous week and this ensured our place in the Semi Final this coming Saturday. We started very strong with goals from Abby Hoare and Ciara to put us in a strong position going into half time. From goalkeeper out, all our backs kept Kilshannigs forwards very quiet. Great work from midfield in, all our forwards found space and with it many opportunities to score. It was a great team performance including all the subs who also made their mark.
We will play next on Saturday September 9th at 3pm against Roscarabery in a neutral venue yet to be announced 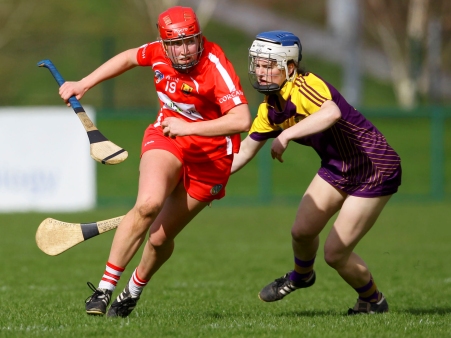 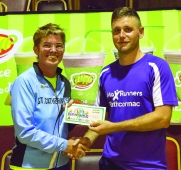 This entry was posted in Bride Rovers News. Bookmark the permalink.