Aghada Ladies will take the step up to Junior “A” in 2017 after winning yesterday’s County Junior “B” Final defeating Doheny’s on a score line of Aghada 4-18 Dohenys 1-13.
The opening half of this game was where the seaside girls laid the foundation for victory with some tremendous passages of football. Although Doheny’s were to get the first score of the game it was all Aghada after that. Emma Farmer quickly replied with a point followed by a wonderful goal after being put through by Amanda Bennett after five minutes. An injury to Moiré Mc Govern after six minutes forced an early substitution for the Aghada management and in came Aileen Mc Grath. Emma kicked two more points and Hannah Looney had one sandwiched in between. On the next attack Christine Moran was upended in the Doheny’s square and up stepped Emma to put the ball past the Dohenys keeper.
Emma, Hannah and Christine got the next few points for the seaside girls before Lauren Mc Allister rifled home Aghada’s fourth goal after some tremendous work out the field from Sarah Leahy and Sinead O’Driscoll. A small lapse in concentration from the Aghada team left Dohenys in for 1-4 just before the break to leave the half time score Aghada 4-9 Dohenys 1-7. Dohenys started the second half where they left off in the first and hit two more points before Hannah put one over for the seaside girls. Dohenys weren’t given up the fight and took the game to Aghada in the second half. The Aghada defence were on top form and there was no way the seaside girls were going to let the Dohenys girls in easy. From Bridget Wall in goal, Laura Burchill, Roisin Phelan, Karen O’Connell, Sorcha Phelan, Cassie Tynan and Sophie Long there was no way the they were going to break down this defence. After the backs had soaked up the pressure from the Dohenys it was left to the forwards to keep the scoreboard ticking over and this was done from the boots of Emma, Hannah, Lauren, Christine and Nessa Fitzpatrick. Aghada ran out winners on a scorline of Aghada 4-18 Dohenys 1-13. There were great scenes of celebration at the final whistle as a year previous we had come up short so this one was extra special.
This team now have completed the League / County Championship Double with the East Cork Championship Final still to come so the treble is still on the cards. After the game the cup was presented to Karen O’Connell by the Chairman of the County Board Neilus Carroll. Karen thanked the management of the team for the work and commitment they put in. She thanked Dohenys for the game and also said that “we had been in your position last year and we bounced back so the same thing can happen you”. Instead of “three chips” this time round there was three cheers for the Dohenys team.
Just before the game commenced there was a minutes silence for Mrs Kitty O’Shea (Cloyne) mother of Eileen Lewis and grandmother of Selector Jennifer.
Aghada Panel:
B. Wall, L. Burchill, C. Tynan, K.O’Connell (Captain), S. Phelan, R. Phelan, S. Long, H. Looney, S.O’Driscoll, C. Moran, E. Farmer, S. Leahy, L. Mc Allister, A. Bennett, M. Mc Govern, S. Walsh, C. Counihan, C. Walsh, N. Fitzpatrick, M. Sweeney, ER. Boylan, C. Mc Grath, A. Mc Grath, L. Linehan, S. Mc Carthy and K. Wall.

Many thanks to all our supporters who came to CIT on Saturday last and thanks to all who came back to the GAA clubrooms afterwards for the celebrations. A special word of thanks to Julie in the Schooner in Whitegate for the fine spread on Saturday night for all of an age it was very much appreciated.

The Minors are due to play Araglen Desmonds in the County Minor B Semi Final next Sunday the 23rd time and venue to TBC. They had a great victory over Bandon in the 1/4 Final winning on a scorline of Aghada 3-18 Bandon 2-9.

The U-16’s are still waiting on a date for the replay of the County Final against Kinsale which could be fixed for the weekend of the 5th / 6th November. They also have the Final of the East Cork Championship against Glanmire again TBC.

The U-14’s have made the  East Cork “A” Final against Inch Rovers after a great victory over a very good Youghal team. This was a great game of ladies football with the ball moving from end to end. These two teams bring the best out of each other when they meet and there is never anything between them at the end and on this occasion it was the seaside girls that came out on top on a scorline of Aghada 2-9 Youghal 2-4. The final is fixed for Wednesday night next the 19th in Killeagh at 7.30pm. Please support these girls as they look for a League / Championship double.

Stay tuned to Aghada Ladies Football Facebook Page and Twitter for all the up to date information.

The club will hold a collection in Market Green on Saturday next and collectors are still required please contact Ann Marie or Michelle We need your support please
Christmas Draw
We are also holding a Christmas Draw with many great prizes. A full list of sponsors is available of the Aghada Ladies Football Face book page and tickets will be available shortly with the draw taking place on December 11th 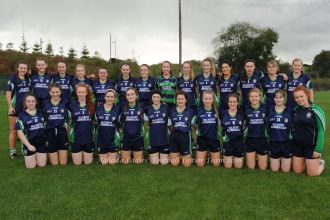 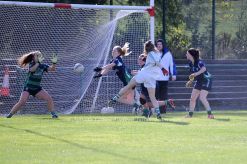 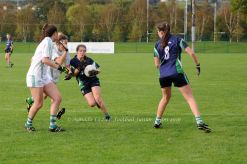 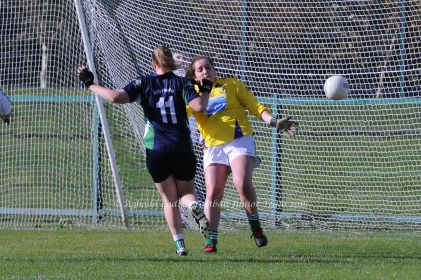 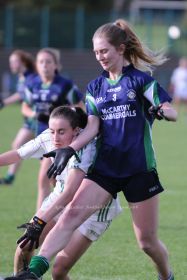 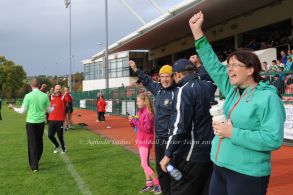 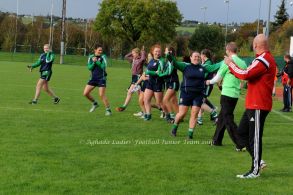 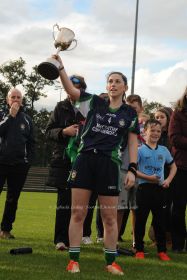