Cork Ladies Football team recorded their sixth successive win in a row in the All Ireland Senior final in Croke Park on Sunday last. Hats off to the greatest team in ladies football history winning their 11th title out of the last 12 years
A record crowd of over 34,400 watched the game played in ever changing Irish weather conditions. As the teams ran on to the pitch we were basking in glorious sunshine but then the heavens opened and as the rain pelted down the 30 players on the pitch played in terrible conditions. Cork started well and Orla Finn had a pointed free in the first minute and this was followed by a great point from Midleton’s Orlagh Farmer. Dublin pointed before Finn had another for the Lee side girls. The Cork backs were subjected to a lot of pressure in the final ten minutes of the first half and true to form they stood firm only conceding three more points before the break,. Dublin had a point waved wide much to the amazement of all late in the half, which was to be the main talking point after the match and subject to I am sure to an inquiry but the score at the interval was Dublin 0-04 Cork 0-03.
The sun shone brightly for the second period and what a difference it made to both players and spectators. Dublin increased their lead to two points before the decisive score of the game came from the boot of Cork substitute Rhona NíBluachalla a great well taken goal cutting open the Dublin defence to leave them with a one point advantage. The Lee side Ladies seemed to grow in confidence after this and went on to play some wonderful skilful football. Points from Doireann O’ Sullivan and Finn extended their lead and when O’ Sullivan put over a shot all from 45 mts to give them a four point advantage you just knew it was Corks day.
To their credit Dublin never gave up and were rewarded with a consultation goal in the dying seconds when they scored from the penalty spot. But it was all too little to late as the champions reign Supreme. Great scenes were witnessed as Ciara O’Sullivan lifted the Brendan Martin cup once again. Ciara thanked sponsors SuperValu for their outstanding commitment to Cork Ladies football, the management team led by Ephie Fitzgerald, the county board and all involved with the squad and especially the girls for their dedication and hard work.
Very hard luck to the Dublin Ladies who will rue their missed chances and they had lots of them but great credit to the Cork ladies who kept going to the end and really deserved their victory
A special mention to the East Cork girls who started yesterday Aghada’s Roisín Phelan was rock solid in defence as she kept Dublin’s most dangerous forward quiet. No words are adequate to describe the outstanding performance of Inch Rover’s Annie Walsh until she was withdrawn due to injury and Midleton Belle Orlagh Farmer had a super day playing the best she has ever played in Croke Park. Congratulations to all the other East Cork girls on the panel
Emma Farmer & Hannah Looney (Aghada), Jess O’ Shea (Inch Rovers), Shauna Cronin (Mayfield) and Aishling Hutchings (Fermoy).

A final word should Halk-Eye be available to Ladies Football in Croke Park? Of course it should when the technology is available it should be used. This I believe will require a rule change at congress, an agreement with the operators of the system as it is not presently set up for the size 4 ball, and a financial agreement with the operators but all of this I am sure can and will be done in time for the 2017 championship. 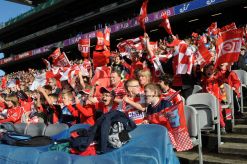 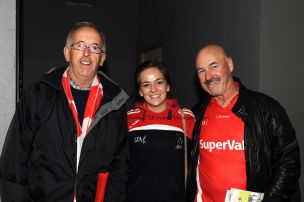 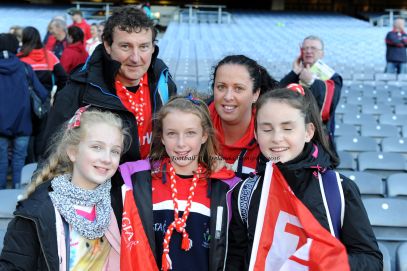 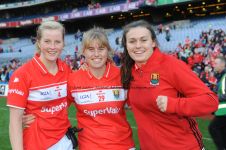