U 10 Girls
Midleton v Watergrasshill League.
On Tuesday night last the 3rd May our under 10 girls travelled to Watergrasshill for their first away match of the season. With summer trying to raise its sleepy head out from a long winter hibernation it made a beautiful evening for football. 21 players were available for selection on night.Thanks to all the parents for travelling it was great to see such a good turnout.
The game was a very close match with Watergrasshill getting the better of the early exchanges and eventually getting two points from distance. What followed then was a great display of team resilience by the Midleton girls from stubborn blanket defence , working as a tight team unit and timed tackling always forcing the stronger Watergrasshill team to shoot from distance. Our midfield and forwards worked tirelessly to support their hard working defenders and goalkeepers. Eventually we became the stronger team and we got back level after a sustained period of pressure on the home team. It soon became Watergrasshill defenders trying to keep our fast running forwards from scoring. We almost sneaked ahead and with a great passing move that started from our own kick out through some quick accurate passing in our defence up to midfield and expertly of loaded from midfield with a sweet pass into our into our forwards only for their full back to clear of the line a certain goal. Watergrasshill from that save launched their own final attack to sneak a late goal. Overall it was great team performance from the girls with a great display of all the key skills of the game on show. So well done and keep up the good work.
Both teams played their part in a very close match with nothing between the teams all evening with home advantage making the difference right at the end on the night.
The game was well refereed by Ava Barry.
Team on the night was as follows;
Roisin Crotty, Anna Dupas, Grainne Finn, Isabelle Nestor, Kelly Quirke, Katie Smith, Saoirse Ní Theangana, Ellen O’ Neill, Alyx Cahill, Chloe Carr, Lara Geary, Allannah Magan, Úna Murhpy, Katie Tarrant, Kate Saunderson, Sinead O’Rourke, Áine Ryan, Emma O’Leary, Rachel Ryan, Sheila O’ Leary Hayes, Kate Griffin.
Training
We are back training as normal from 6.30 pm Monday in the rugby pitch for U8 and U10’s. U12’s upwards are from 7pm. Please follow club texts and like club Facebook page for updates.
Registration is now due and reminder especially as matches now are going to be coming along very fast over the coming weeks that only registered players can take part in matches and at training.
Flag Day
The Ladies Football Club are having a Flag day in Market Green Shopping centre on Saturday 14th May from 9am to 5pm. If you can spare an hour to help please contact the Club phone on 087-3481925. This is a very important collection for the Club as it is needed to help with running costs.

We would like to send Best wishes to all our girls who will make their First Holy Communion over the coming weeks.
Strictly Midleton
On Friday night last the Committe held an open meeting for anyone who would be interested in taking part as a dancer. We would like to thank those that came and put their name forward. For anyone who could not make it there is still time. Please contact Committee Chairman Willie O Connell on 087-2340529. 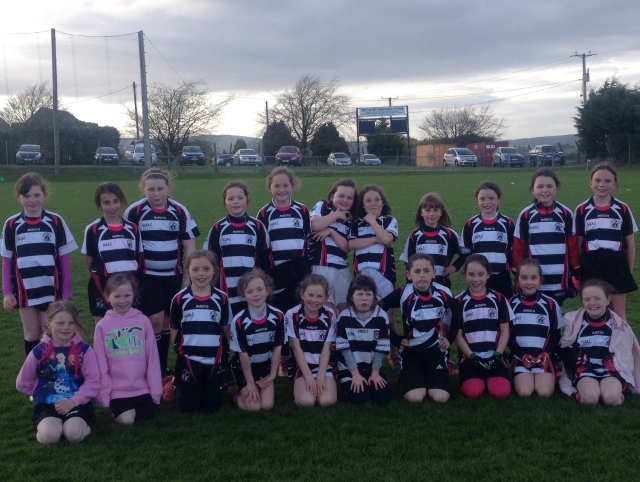 This entry was posted in Midleton News. Bookmark the permalink.