The Cork Minor ladies’ football team (Sponsored by Travel Republic.ie) retained their Munster “A” crown with a comprehensive victory over Kerry in a game played in Charleville on Monday last. Both sides know each other well having met earlier in the year and having played each other many times over the years at under age and it true to say both sides have a healthy respect for each other.

Kerry playing with the aid of a very strong wind in the opening period were first to score with a well taken long range point in the first minute but this was quickly cancelled out when Captain Laura Cleary pointed from a free. Kerry applied a lot of pressure but the Cork backs stood firm supplying their forwards with some great ball. Points from Niamh Murphy, Cleary again and full forward Grace Culloty followed for Cork with Kerry keeping in touch with some fine points of their own. Culloty netted in the 18th minute and followed this up with a great point you could see Cork gaining in confidence and were well in control going into the break leading on a scorline 1-10 to 0-05.
Cork now turned with the wind at their backs and played some lovely free flowing football Sadhbh O Leary scored a cracker of a goal in the first few minutes and all forwards seemed to get in on the act scoring some lovely points. Kerry like the great competitors they are never gave up and although the wind was severe at times scored a goal of their own mid way through the second period .But this was only small consolation as Saoirse  Noonan added a third for Cork to see them over the line winning 3-18 to 1-06.
The inside forward line deserve particular mention as they were on top form scoring a total of 3 12 for the hour but this was a great team effort with everyone involved a vital cog in the wheel. Cork now play Galway in the All Ireland semi final in July.

Waterford Munster Minor “B” Champions
Congratulations also to our near neighbours Waterford on their victory in the Munster “B” final which also took place in Charleville on Monday. Waterford defeated Limerick with a powerful display of football and it will take a very good team to beat them in the All Ireland series.

All Ireland champions Cork (Sponsored by SuperValu) take on Mayo in the final of the National league in Parnell Park on Saturday next at 7 15 pm Cork had a very slow start to their campaign but now appear to be in good order. Mayo on the other hand had a great league defeating Cork in the earlier rounds and with the ever green Cora Staunton playing the best football of her life it sure to be a great contest.

Cork Ladies’ Football U-16 team (Sponsored by Green Gear and Calor Ireland)
U 16 Munster Ladies’ Football Final (Mallow at 1 pm)
Saturday next also sees the U 16 Cork girls contest the Munster U 16 Championship final when they take on Kerry. The girls from the Kingdom will go into this one as favourites after comprehensively defeating Cork in the opening round but the Lee side girls have done a lot of work in the mean time and will not be found wanting.
Best of luck to all Ladies taking part in finals next weekend 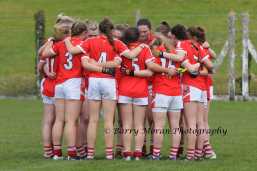 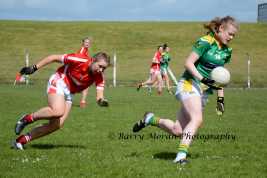 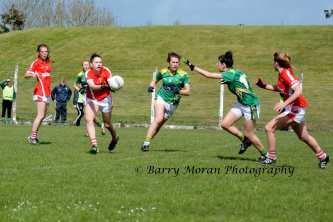 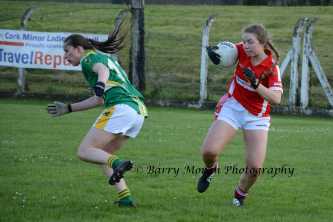 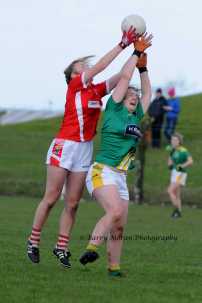 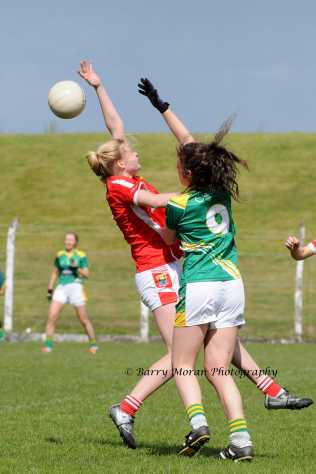 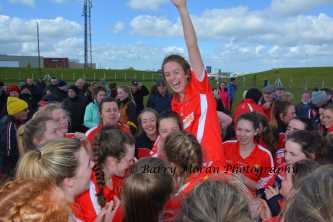 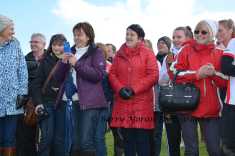 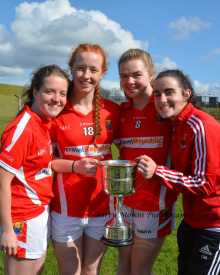 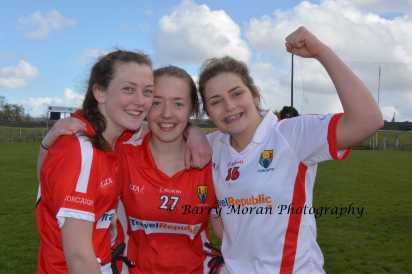 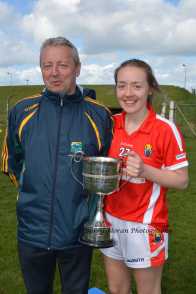 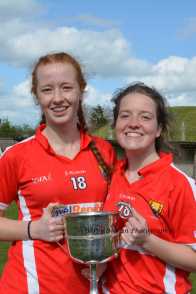